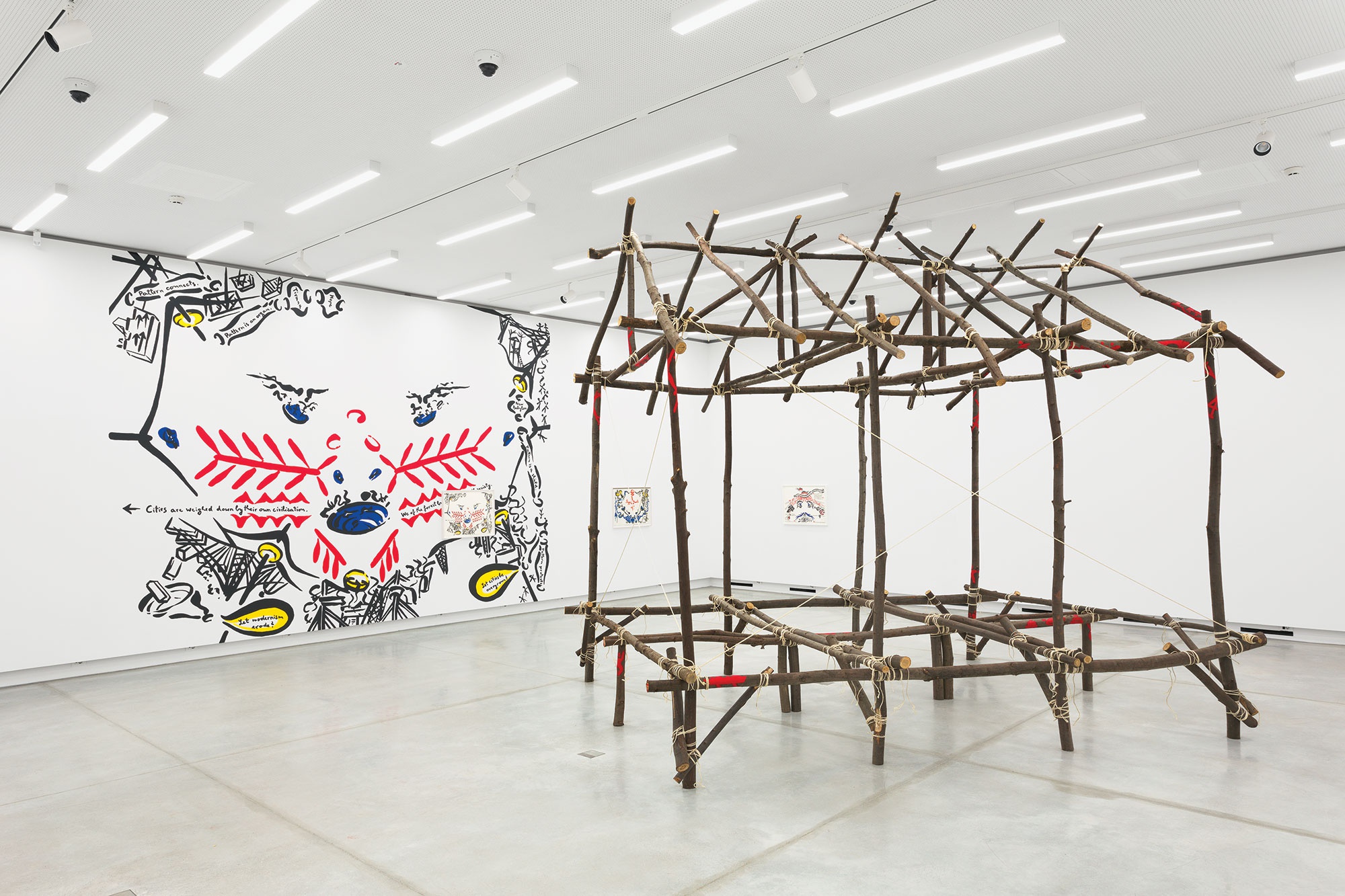 The Wonderfulness of Memory

Due to the mostly gloomy stories about Cukrarna anchored in our collective memory, the curatorial decision in conceiving the exhibition followed a turnaround in perspective and search for a connection between its past with contemporary art production, exploring the positive and creative sides of the work of the modernist foursome that brought new ideas, new themes and new forms of expression into the Slovenian arena. The Wonderfulness of Memory is a derivative of the thought set down by Dragotin Kette in a letter to Ivan Cankar: "And I laughed at your credulity too, you who so readily believe the wonderfulness from the mouths of my friends, the wonderfulness that becomes wonderfulness only through their wonderful memory." In reading the letters of their correspondence, a narrative emerged about the transition from the past to the present. As is so often the case, it turns out that the modernist writers were plagued by similar problems as today's artists: they were misunderstood, disrespected and usually on the verge of survival, but their belief in the power of art never faded.

The artists participating in the exhibition each address memory in their own way as a collective and individual experience, as something emotional and rational, as a fact and emotional impulse, as a note, record, selection, interpretation, as the keeping and writing of stories. But ultimately, the interweaving of past and present creates stories that will be part of another memory in the future.

Rosa Barba’s 35-mm film From Source to Poem shot at the National Audio-Visual Conservation Center in Culpeper, Virginia, and at a solar power plant in California, it juxtaposes images from the largest media archive in the world with a study of rhythm and images of cultural production and those of industrial production. The personal experience and the pain caused by the memory of an unforeseeable loss is the basic thread of Exquisite Pain by Sophie Calle, an artist that subtly translates personal stories into the language of art, especially with the power of words and photography. With the ticking of clock mechanisms, Vadim Fiškin’s Dark Times reminds us that every part of our life is only one of the sounds in the step towards the end, only one of the sounds that mercilessly subtract minutes from the first to the last moment, from the big bang to the black hole. Round clocks of various sizes, from which we cannot tell the time as their faces and hands are covered with black paint, prevent us from telling the time and becoming conscious of it. We follow the eternal disappearing of the moment in Samson Young’s video Sonata for Smoke, which, by directing attention to the usually unnoticeable instruments used to make videos and films, shows the capturing of the sound of the performative body. Adrian Paci’s The Column is depicted as an ode to stone-cutting and, at the same time, an individual’s exceptional craftsmanship. It consists of the object-column and a video of a story of a sculpture that could be produced on a voyage from China to Europe. It tackles the question of work and the relationship between East and West – all located in a non-place and non-time. With her canonical work, a sound sculpture Forty Part Motet, based on a 16-century choral by the English composer Thomas Tallis performed by the Salisbury Cathedral Choir, Janet Cardiff questions memory and the audience’s codes of reception. In seemingly abstract compositions, one of which is made in situ on the concrete wall in the basement of Cukrarna Gallery, Miha Štrukelj traces the creation of the concrete building in which his works are located. As a sort of a mirror in space, a document of time and an homage to transience. In maps, diagrams, chronologies and collections, Lia Perjovschi creates personal mind maps of various topics, facts, phenomena. While reading non-fiction and fiction books, watching films, listening to music and looking through other documents of cultural value from the past, she creates some sort of "cosmic spheres", out of which deductions, comments, sentences and statements, information and facts emanate like sunrays.

The intersection between the findings and the designing and architectural solutions of recent history and their placement in contemporary art interiors are the basic guidelines of Tobias Putrih’s practice. After meticulously analysing and interpreting the plans by the Italian designer Enzo Mari, he designed Walkingstick – the furnishing of Cukrarna Gallery’s library, and reworked part of the roof beams of the old building into the functional benches for the exhibition space. Anetta Mona Chisa and Aleksandra Vajd intervene in the gallery space and with their semi-useful interventions bring a special dynamic into the space and its dramaturgy, making it unclear whether their work is part of the furnishing, an architectural element, a medium for the use and the presentation of works or a sculpture. Tapping into the restrained sensibilities of conceptualism and minimalism, Teresa Margolles’s project Recados Póstumos is about personal documents and intimate confessions, collected by the artist and communicated to the viewer by means of photographs of abandoned cinemas where the messages, left by those who committed suicide, can almost be read as a caption to the movies. The assemblages Joe Hill Painting 1 and Joe Hill Painting 2 by Jimmie Durham are props from the film The Pursuit of Happyness, which also testify to the search for harmony and compositional co-existence between ephemeral and discarded materials. Using the tools of anthropology and sociology together with art and architecture, Marjetica Potrč’s installation and drawings can be read as visualisations of a reflection on the importance of promoting a sustainable, community-based, and nature-responsible way of life. The work by Ernesto Neto Life is a River, in which multihued cloth sacks filled with clove and turmeric dangle from the ceiling, incorporates the extraordinary sensorial tension caused by the combination of gravity and organic mass.

The development of the the exhibition and the catalogue is in line with Cukrarna Gallery’s principle of cooperation and inclusion of diverse collaborators. As the curator and editor, Alenka Gregorič consulted with each of the artists on possible versions of the text about their work presented in the exhibition. The basic proposal was that artists could suggest a writer to write a new text about their work, let her suggest a writer, or contribute a text about their work themselves. The diversity of the materials received dictated the dramaturgy of the catalogue, its design and visual editing, so that it turned into a document of the exhibited works as well as a book of various contributions, in different formats, prepared by different authors. The catalogue contains texts by Corina Apostol, David Crowley, Oscar Gardea, Alenka Gregorič, Birte Kleine-Benne, Sarah Messerschmidt, Alva Noë, Barbara Predan and Vladimir Vidmar, as well as an interview with Ernesto Neto, a journal entry by Samson Young, a poem by Petr Borkovec, and texts by artists Rosa Barba, Jimmie Durham, and Marjetica Potrč.