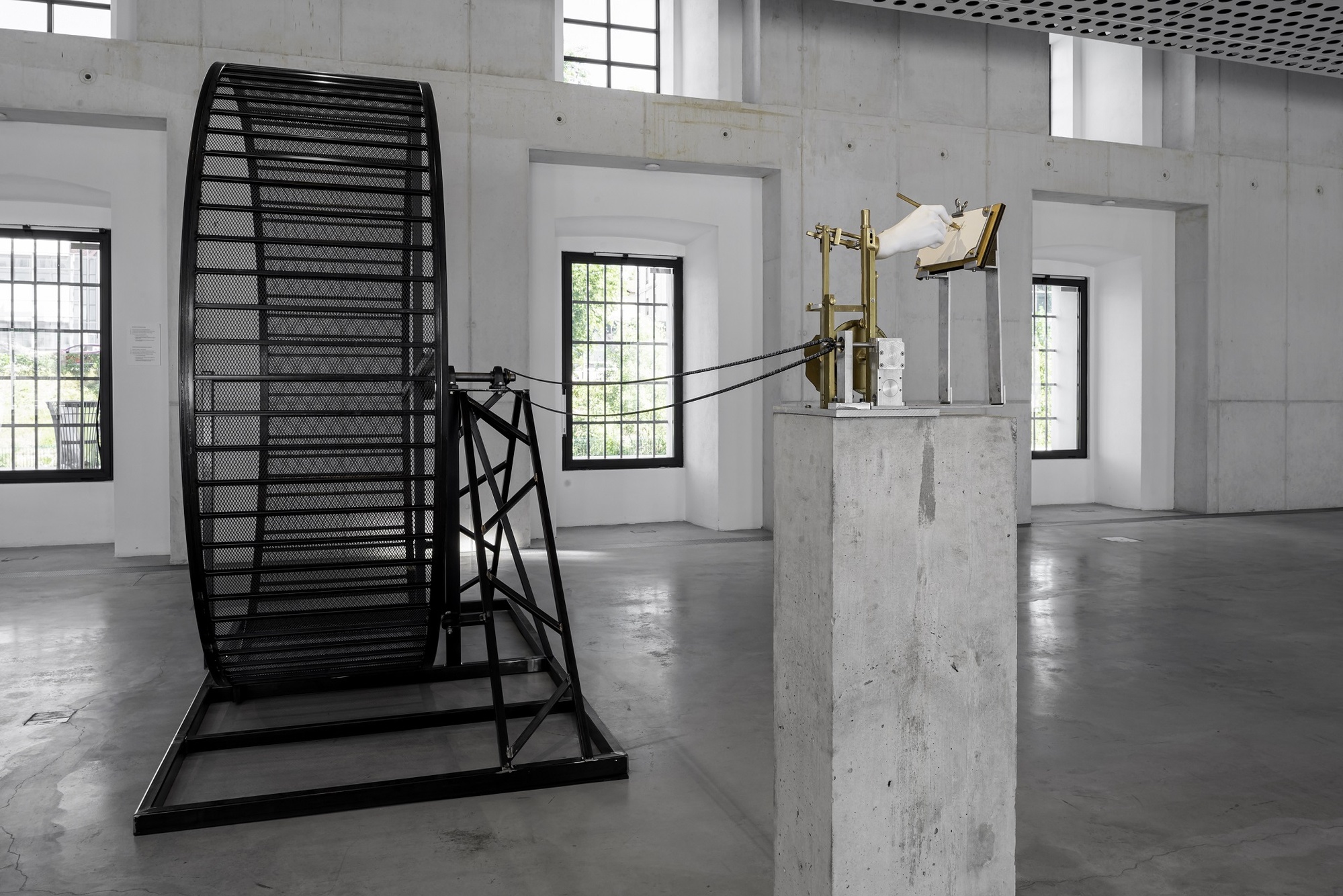 Meta Grgurevič is one of the driving forces behind attempts to bring knowledge from mechanics and electrical engineering to the field of contemporary art. She has long been interested in systems that move or use light effects to create the illusion of movement, and has been incorporating these into her kinetic objects since 2013. Her work regularly challenges our perception of time and space, sometimes using mechanisms that operate on the basis of physical laws and, at first glance, look like reconstructions of machines from ancient times, or mechanisms with rotating gears that refer to the industrial age, and sometimes using mechanisms whose movement has been conceived by the artist as a kind of temporal dimension, oscillating between the past and the future. She has occasionally even used objects incorporating curved mirrors in order to afford glimpses of entirely new spaces with items that are constantly changing within them, depending on the viewpoint of the observer.

Grgurevič made use of the latter technique for the display of a half-millimetre-sized grain of gold that opens her latest project, Scraping for Gold. The tiny piece of gold is the product of long and painstaking work by numerous agents and, as adventure books and Western films have taught us, it befits any good gold-digging story to have many dramatic twists and turns, ups and downs, gains and losses along the way. In this fashion, collecting, scraping, and extracting this small particle also comes with an adventure story about contemporary alchemy seen through objects and told by narrators. The installation consists of six objects, each representing one fragment of the artist’s experience and documenting her creative process in obtaining the gold. Hundreds of discarded mobile phones are revealed as modern-day gold deposits.

The central point of the installation is occupied by a wheel – like a hamster wheel, but of human dimensions – connected with chains and sprockets to yet another kinetic sculpture of a mechanical hand that spells out the word “work”. These not only allude to the temporary creation of a kind of manufactory in Cukrarna Gallery and the many hours of labour spent dismantling the mobile phones but also evoke the history of goldmining mechanisms and the harsh conditions in which the gold diggers worked. In contrast to the wheel and the hand that refer to the workers who are part of a process in which they must achieve set quotas and are therefore completely dehumanised, the typewriter generating numbers in descending order – starting with the million grams of ore that must be mined in order to extract six grams of gold – is humanised. It is programmed to allow mistakes when counting, which causes the machine to start again from the beginning.

The artist extracted the gold from mobile phones since each electronic circuit contains a few milligrams of the element. The gold then had to be chemically treated to remove impurities. The individual stages of this process are revealed separately in another object, while a narrator guides the visitor through them on the basis of the artist’s diary entries. Even though the narrative contains numerous facts and gives a step-by-step description of the process, the 35 milligrams of gold keep eluding our gaze due to convex mirrors.

The creative practice of Meta Grgurevič shows her desire to processually and performatively explore that which is hidden beneath the surface. This can be seen in her close examination of the features of individual components, their materials, forms, and functions. Simultaneously, her mechanisms usually contain a human factor, whether it is required for their start-up or operation, or present only as a hint at the various ways in which humans are part of the production process. By combining the exploration of the interdependence of elements and their assembly into a functional whole – with an emphasis on dialogic relationships – Scraping for Gold reveals the artist’s interest in human responsibility for the social and natural environment, not least by choosing gold, an indestructible element, no matter the difficulties of getting it into its elementary state. 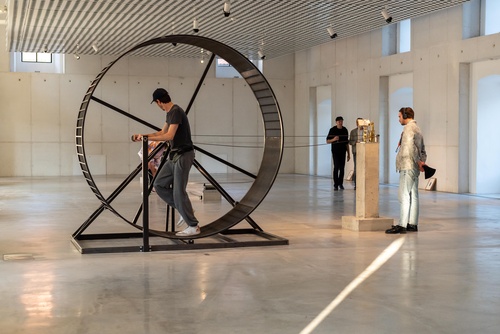