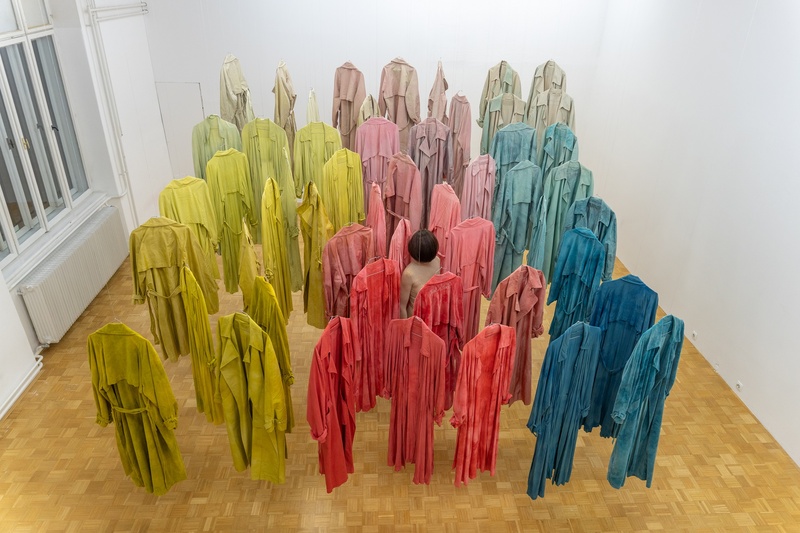 … is a stage in various areas of one’s life; it marks a kind of chronological and situational point from which there is no going back to the previous state, or no way for the resulting effects to be avoided or prevented.

… is the artist’s newest independent project which, possibly in the most radical way until now, traverses through the artist’s areas of interest, either through her professional aspirations, or through a reflection of her intimate space and time.

… is the relationship between her public and private lives, her past and present, and is drawn through an image that creates ambiguity and, as she would say it, an image that expands space and transcends the linear reading of the stories which once and for all diminish our own abilities to reflect.

… is a still life that is not just a multiplied, readymade object, but a composition which reaches directly into a space. The relationship between objects and space calls into question the authenticity of their primary role, and does the same for the authenticity of the viewer’s experience, which is inevitably linked to his or her rational, emotional, and aesthetic experience.

… is a choreography of objects that symbolise the presence of light and a play of colours, all of which unfold in their relation to space. By definition, colour is a sensation, and its perception is influenced by long- and short-term phenomena which human beings describe as a property of the light sources which the eye can perceive.

… is reddish-pink, yellow, and blue.

… is an undefined space that appears and is erased, all while moving away, and coming closer.

… is the state of other elements, whose intrinsic quality lies in their ability to respond to changing relationships in space.

… is a memory of an old oil-on-canvas, whose motif by chance corresponds to the current situation in space.

… is a movement which has neither a beginning, nor an end.

… is the time-span of an experience between a physical body and space, where there is no longer a wall to delimit a work of art, space, or the viewer.

… is the music of a different time and space, which seems to function as a soundscape, but nevertheless most directly establishes a relation to the artist’s intimate space, and her relationships with people.

… is the only existing point through which a viewer enters the space. 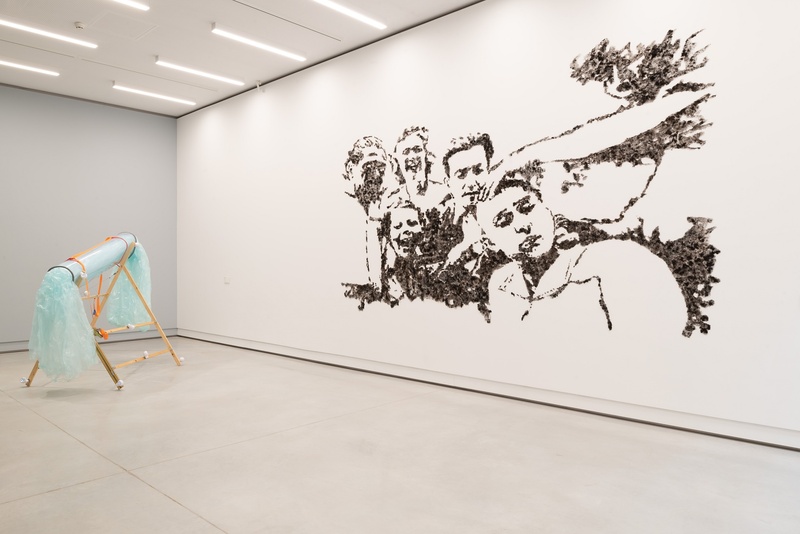 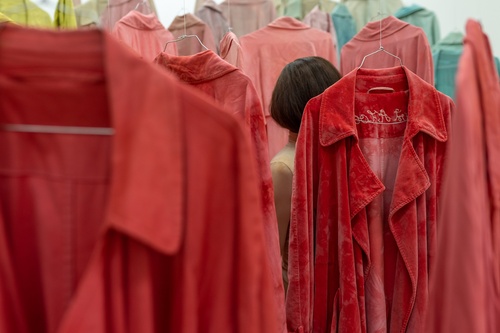