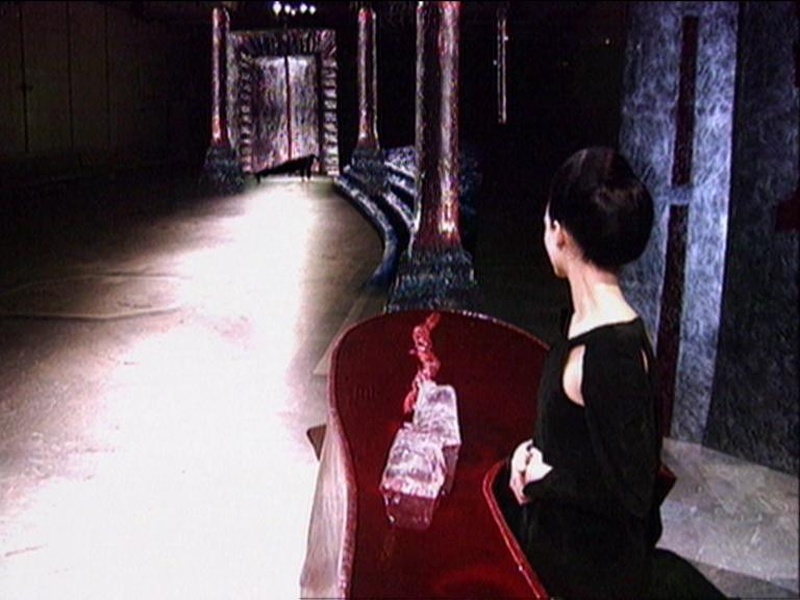 Hidra
Mythology in the video works by Ema Kugler is inscribed in rituals of everyday life; this time it is the theme of Hydra with many facets. The theme is represented by the separate scenes featuring human figures in leather costumes (created by the artist herself) that constrain their movements, thus emphasizing their separation from nature. The last trace of their respective connection is shown in a ritual relationship between a man and a bull, although even this relationship involves man's deeply ingrained cruelty towards animals. But even this connection ends with the blood that symbolically floods the video image.

Station 25
The artist continues with her main preoccupations: the relationship between a man and a woman, the irruption of the mythical into the rituals of everyday life. The film uses the numerous potentials of electronic manipulation of the picture. The finest scenes are those of "morphing" (electronic transformation), where a figure from a painted canvas turns into an identical figure on the video screen, or the latter "freezes" into a figure on a fixed picture. The artist once again insists on the real natural environment, but deforms and thus identifies it with the artificiality of video image.

Homo Erectus
The film shows images, which together with the accompanying music give an impression of the infinite and the divine and being sucked into an abyss from where there is no return. The images bring us to the edge of our existence and twist us in the darkness of the subconscious and inevitable oblivion. There are no words or speech in the video, only music and images but the storyline is clear nevertheless. The images are silent witnesses to our imprisonment in the world of automatism – bureaucracy and authority – god and ruler who lead us into pointless wars, killing and death. Individuals are helpless prisoners of these forces.

The screening of the films will be followed by a conversation with Ema Kugler, moderated by Robert Kuret (in Slovenian). 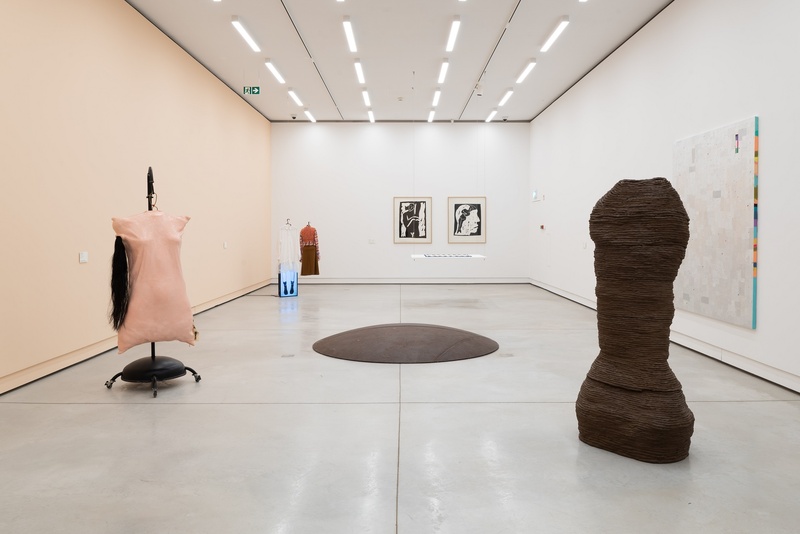 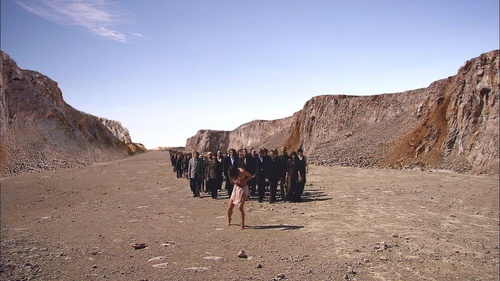 Ema Kugler
For the End of Time